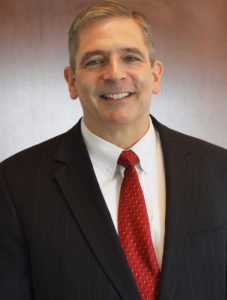 Gilbert Fonger joined Marklund in February, 2011, as president and chief executive officer, after serving for more than 20 years in a number of positions in the nonprofit field. As chief development officer at Little City Foundation in Palatine, he oversaw all fundraising, marketing, communications and business development. Prior to Little City, he held various executive positions with the YMCA of Metro Chicago, and served as a pastor for more than 10 years. He had also served as an officer in the U.S. Coast Guard.

A Licensed Nursing Home Administrator, Fonger earned his MBA from the Kellogg School of Management at Northwestern in 2006. He also holds a master’s degree from Duke University and an undergraduate degree from the U.S. Coast Guard Academy. He was awarded the certified fundraising executive credential through CFRE International in 2007, and was recertified in 2010.   He and his wife Paula have a daughter, Jacquelyn, with special needs, and a married son, Kyle.  Contact Gil Fonger at 630-593-5500. 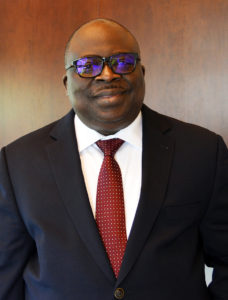 Kudus Badmus is responsible for the organization’s overall financial management, including budgeting and reporting. He also oversees the Support Services department and the Information Systems function. Kudus joined Marklund in 1996 and has held a range of positions in the Finance Department, including Accounting Supervisor, Finance Manager, and Director of Finance. He was promoted to the position of CFO in 2011. Kudus holds a bachelor’s and an MBA degree (with concentration in Accounting) from Roosevelt University, Chicago. He lives in Algonquin, with his wife; they both raised four adult children. His children, fortunately still live in the Chicagoland area. In his free time, Kudus enjoys mentoring young adults and volunteering to serve the underprivileged in various capacities. Contact Kudus Badmus at 630-593-5500. 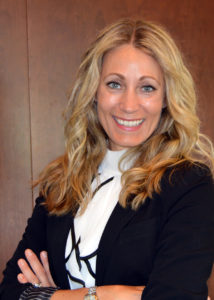 Heather Graves joined Marklund in May 2011 as Chief Development Officer, and has held several nonprofit fundraising positions over the past 20 years. Those organizations include the Community House in Hinsdale, the Make-A-Wish Foundation, and Camp Barnabas. She holds a bachelor’s degree from Baylor University and received her MBA from Oklahoma State University. Heather was awarded the certified fundraising executive credential through CFRE International in 2012, and was recertified in 2020. She resides in Naperville, and enjoys volunteering and running marathons in her spare time. Contact Heather Graves at 630-593-5479. 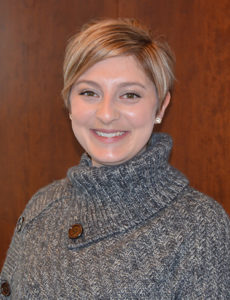 Krissy Dolen has been with Marklund since 2013 and Administrator of the Marklund Hyde Center campus in Geneva since 2018. She started as a part-time staff nurse at the Marklund Sayers Home in Geneva, and became full-time less than a year later. She progressed to being a Nurse Manager and was named Director of Nursing for the Hyde Center campus in January 2016. Krissy studied at the National University of Health Sciences and earned her nursing degree from Waubonsee Community College. She is a member of DDNA (Developmental Disabilities Nurses Association), and is a licensed Nursing Home Administrator. Contact Krissy Dolen at 630.593.5156. Michelle Orwig, RN, CDON, LNHA, joined Marklund in 2017 as the Director of Nursing at the Wasmond Center in Elgin and became its Administrator in January of 2019. She previously worked as a Director of Nursing at other facilities for several years, and prior to that worked in a hospital setting for about eight years in the NICU/Labor & Delivery/Flight. She is a member of: APIC: Association for Professionals in Infection Control and Epidemiology; IHCA: Illinois Healthcare Association; ANA: American Nurses Association; AADNS: American Association of Directors of Nursing Services; NAB: National Association of Long Term Care Administrator Boards. Contact Michelle Orwig at 224-523-7531. 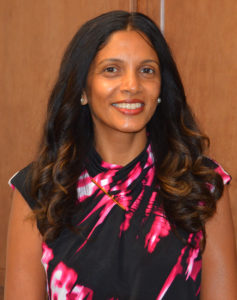 Gunjan Patel has been with Marklund since 2004 and serves as the Administrator of the Marklund Philip Center in Bloomingdale and the Director of Therapy for Marklund. She graduated from University of Illinois with a Bachelor of Science in Biology and from Northwestern University with a Master of Science in Physical Therapy. Her background consists of working and managing therapy departments at a variety of hospitals and out-patient settings in the Chicagoland area. Currently at Marklund, Gunjan holds a LNHA license, and enjoys being both the Administrator for the Philip Center as well as Director of Therapy for all sites. Contact Gunjan Patel at 630-529-2871. 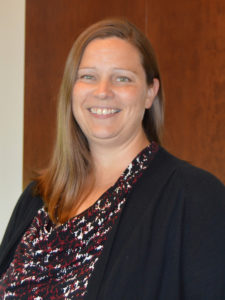 Paula Bodzioch has been at Marklund since July 2014, and oversees the management of the Marklund Day School as well as the Community Day Services (CDS) program.  Prior to joining the team at Marklund Day School, she worked in a public school setting for 13 years. In the public school arena, she was a special education teacher, student resource team leader, special education department chair and assistant principal of curriculum and development. Paula has a bachelor’s degree from Benedictine University and a master’s degree from St. Xavier. Contact Paula Bodzioch at 630-307-1882. 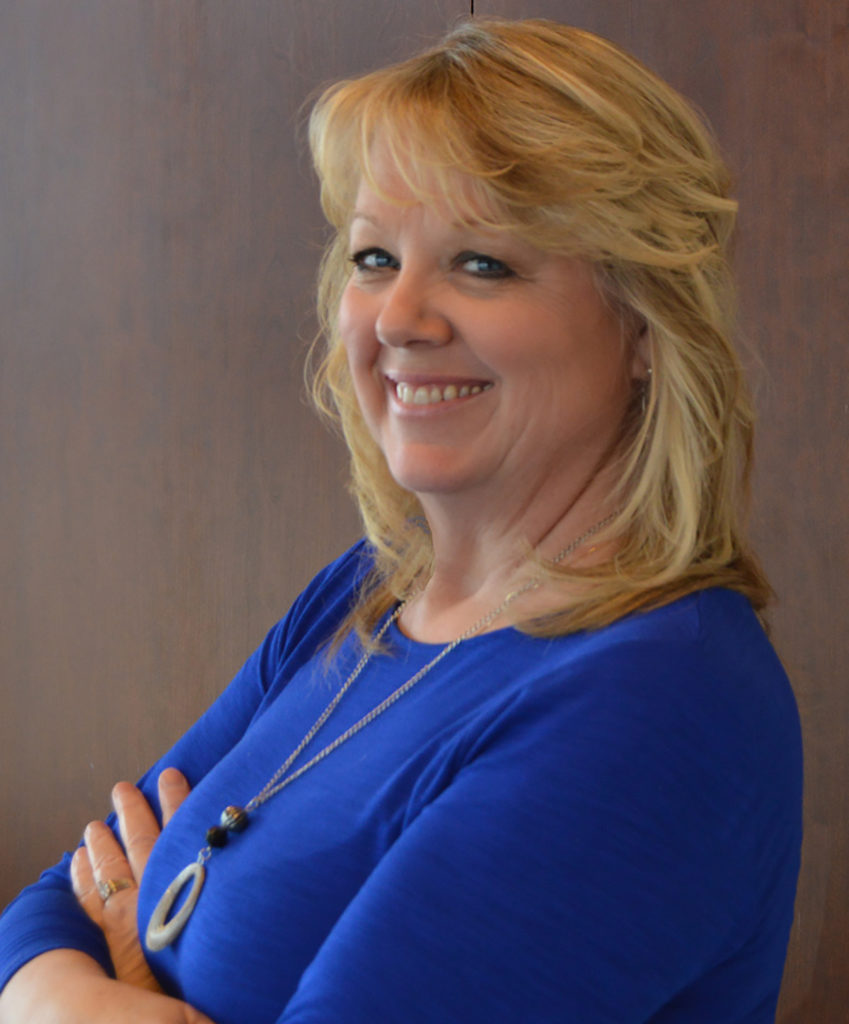 Director of Marketing and Communications

Dawn Lassiter-Brueske joined Marklund as its Director of Marketing and Communications in July of 2011. She previous had worked as PR Manager with Hospice & Palliative Care of Northeastern Illinois, after serving many years in the public relations and media fields.  As a freelance writer, she has published several articles for both trade and mainstream media. Dawn is a member of the Public Relations Society of America, and The Association of Women in Communications. She earned a Bachelor’s degree in Communications from Loyola University-Chicago. A near lifelong resident of the St. Charles area, she enjoys volunteering, most recently as the president of the board of directors for the St. Charles Library Foundation.  Contact Dawn Lassiter-Brueske at 630-593-5500. 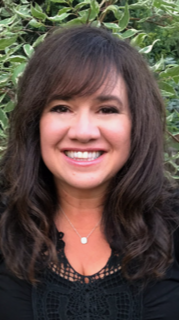 Marie Loiacono plans and directs all aspects of Marklund’s human resources policies, objectives and initiatives. She believes each and every employee’s job contributes to Marklund’s mission & vision and is integral to enhancing the lives of the individuals we serve. Marie has been with Marklund since 2011. She graduated from DePaul University with a Bachelor of Arts degree in Human Resource Management. Marie holds certifications and credentials in Professional in Human Resources (PHR), Analytics for Talent Management, Change Management for HR, Human Capital Strategist, Strategic Human Resource Business Partner, Coaching for Performance and Engagement, Certified Internet Recruiter, and Certified Social Sourcing Recruiter. Marie is a member of the Society of Human Resource Management and the Oak Brook Human Resources Association. In her spare time, Marie enjoys yoga, music, reading and the outdoors. Contact Marie Loiacono at 630-593-5500.